Dark Matter by Silicon Scally (AKA Carl Finlow). Released in March of 2005 on Satamile Records NYC. Vinyl, 2x12". Flac, 16bit/44.1khz, ~332M. Tracklist and track durations from the back cover artwork. File size, bit depth, and bitrate are of my own stored recordings of the vinyl. BPM is my own count (and is probably inaccurate).

Carl Finlow has a long history in electronic music - over a hundred releases spanning several decades. Of his LPs, EPs, and singles that I've heard this is my favorite (and one of my favorite electro LPs of all time). It's the third album released under his Silicon Scally alias, and the first record of his I purchased new (for $13.99 at Platinum Records in Portland, the price sticker says).

All eight songs are long, evolving, understated electro pieces. Sometimes cryptic and dark (Pace, Ghost Wires, Dark Matter), sometimes more accessible and upbeat (Toneworks, Parallel Array, Indefinite Space, Clone Alone, All Torque). The overall sound of the record seems pleasantly bassy to me, rounded and smooth. There are no bad tracks here, in my opinion. The title track in particular stands out for its deep growling bassline. (Reminds me of a good reese bass).

I really like the track arrangement presented on the vinyl - two per side for a total of eight feels right. Toneworks and Pace are good openers, and the title track is an excellent closer. Listening to the album from start to finish makes sense and that's usually how I consume it, in one sitting.

I think this is a proper classic, a near-perfect album. Dark Matter isn't obscure, most fans of 2000s electro will have heard it. But if you haven't, give it a listen. It's available as a download from Carl Finlow's bandcamp and Satamile Records NYC's bandcamp as well as Clone and Juno. The vinyl is long out of print and is going for what look to me like unreasonable prices on discogs, so if you see one used at the record store snap it up.

I was thinking I don't write enough, so here's a little something about what is probably my favorite series of DJ mixes.

Quoting Droid from the Blogariddims Top 50 post, who puts it better than I could:

For those that don't know, Blogariddims is a fortnightly inter-blog podcast which was started in June 2006, with the aim of showcasing the high level and variety of selecting, mixing and writing talent in the small corner of the music blogosphere inhabited by nuumskulls, faded-junglists, genre-nerds and bass addicts of every stripe.

I love Blogariddims. The combination of stellar music selection, top mixing, and track-by-track analysis is fantastic. The enthusiasm, too - you can hear the affection for each track, and read that same affection in the show notes.

Most influential on me are the dubstep and electronica mixes. Several of these DJs were in the right place at the right time to observe the creative explosion of dubstep, and were bold enough to link it with some of its less obvious influences. I'm thinking specifically of number 49, Dubtronics.

The series concluded in October 2008 with #50, Terminus. Two years and 50 great episodes. The complete index of mixes can be found at the Blogariddims Top 50 post on weareie.com. Here are my picks, a short list of the entries I often return to:

I strongly recommend these mixes. And make sure to read the blog posts that come with them; they're consistently informative and well written. MTT is, in many ways, my attempt to emulate Blogariddims and the Blogamuffins. 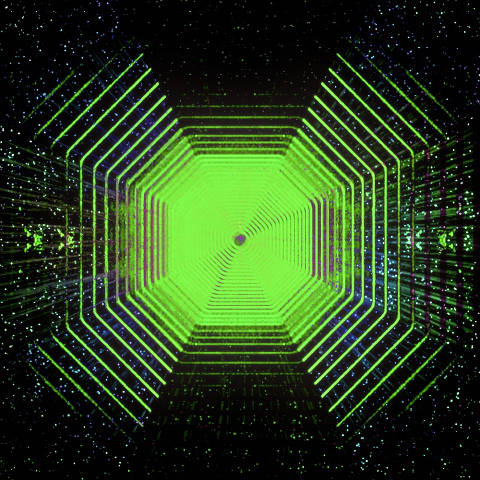