Posting early so I can sleep (zZzZzZz).

Downtempo, IDM, and a bit of drum & bass this week. Slow (and then fast). This #djmix features music by Breaka, Chris Randall, Fanu, Paul Blackford, XY0815, and more.

Slow (and then not-so-slow) music for the last show of May. Downtempo, IDM, and later on a little drum & bass. This mix features a couple tracks by Paul Blackford, a couple from Cosmic Bridge Records, a newly-available-digitally piece by XY0815, and a long one by Chris Randall.

Spent yesterday playing with the CSS for my website, updating its look a little bit. I find design stuff fun when there's existing content ("content") to work with. The site is still readable in links & lynx too, which makes me happy.

The new XY0815 seems really good. Some nice BoC-esque pieces on it. (Also a surprising sample that seems to make a political statement, though without more context I'm not sure what it's saying).

Moving through a few styles today from electro & IDM/electronica to a couple of synthwave-y pieces to some more restrained synth-y material. A few long tracks (by John Selway and Mikron among others) and recent purchases (John Selway again and Scape One). 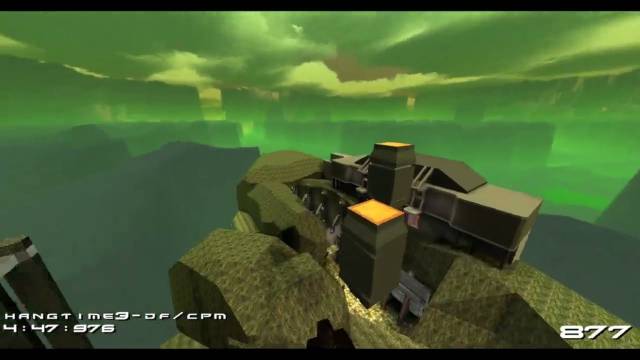 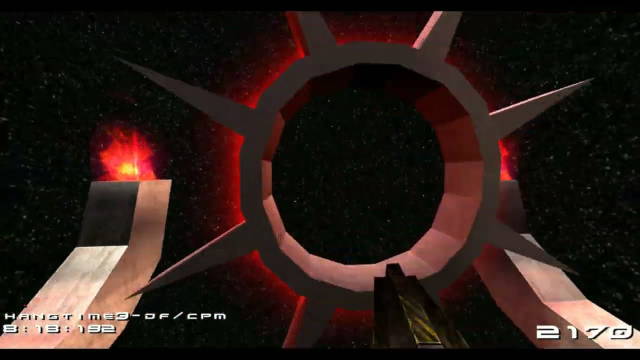 hangtime3-df[mdf.cpm] at youtube.com. Quake 3 Defrag map hangtime3-df completed with CPM physics in 08:18:296 by aNnh. Video by power_of_heavy_metal. Map by, of course, NaturalSpringWater. Music featured in the video is the track Archetype by Sciama.

The video includes flashing lights and first-person gameplay that might cause motion sickness. (The hangtime maps are particularly disorienting I find).

Saw this last night & had to link it. A new video from power_of_heavy_metal is reason enough to celebrate, but hangtime3? Done flawlessly by aNnh? Incredible.

Wrote the notes for this one a little faster than I'd like; might take a second look at it tomorrow. Also some of the mix is a tad busier than I prefer & a little inelegant. I suppose that's OK, prefect is the enemy of good, etc. etc. .

Leaning on some tracks I really like for this hour, some old favorites.

Electro and a little techno in the high 120s today, featuring a couple tracks from the old Elektrolux label and one new one by MetaComplex from the Fifth Quarter compilation on Brokntoys.

So back in the late '90s there used to be a site called mp3.com, a place where musicians released low-bitrate mp3s of original tracks. There was a drum & bass producer I liked a lot there by the name of Red Orc. I got to wondering yesterday: where'd Red Orc go, what'd they end up doing?

Discogs.com tells me that Red Orc is Andrew Smith AKA Professor Smith AKA Jackie's Army. This appears to be the same Andrew Smith that founded XLR8R magazine. Discogs lists three releases by Red Orc in 1998 after which Smith released a series of very interesting minimalist dubby electro EPs on the San Francisco label Voltage Music (all of which are now available on bandcamp).

The one Red Orc track I can remember clearly is Plus Two, a dark sketchy 170 BPM amen workout. I wasn't able to find any Red Orc for download on the web; digging through old burned CDs I found Plus Two and four other tracks, all in 128kbps mp3 format. Plus Two's metadata says it's from a 1999 album called "Red Orc in the Palace of Funk"; I'd very much like to hear that album someday.

Preliminary unzipping & renaming work is done, next step is to render the tracks I want then encode then tag.

Woke up to dozens of new release & new message emails from Bandcamp, it must be the first Friday.

Tired. Wiped out. Today's mix was much more difficult to execute than I expected. First 40 minutes are good, a little uneven, last 20 minutes I'm very happy with.

I really want a cup of tea

even though it's 11 PM, even though I know it'll shift my sleep schedule forward.

#electro and a little bit of old British IDM (or Electronic Listening Music) this week. Tempo in the mid 130s.

Electro in the 130s this week (plus some old British electronic listening music magic to close). This mix features new tracks by Alva Recek (from the recent Soma EP), Shawescape Renegade (from the (forthcoming?) Reconstruct Your Mind EP), and Versalife (from the Shape Shifter 2 EP).

I took a trip into Portland on Friday (4/22), spent some time in Everyday Music and Powells Books, both on west burnside. Picked up a clean hardcover copy of Rum Punch by Elmore Leonard. Was a nice way to spend an afternoon.