A few days ago I bought a Logitech F310 gamepad at my local thrift store. FreeBSD detected it immediately and created the appropriate uhid entry in /dev. SDL2 also saw the gamepad, which I was able to verify with Joytran. The Mednafen game console emulator did not see the device, however. Here's why:

Mednafen 1.22.2 supports three different joystick backends: Linux event devices (evdev), SDL2, and MS Windows DirectInput / XInput devices. The backend is selected when the autoconf ./configure script is run, and then that backend selection is compiled into the Mednafen binary (see the ifdef statement at line 178 in src/drivers/Joystick.cpp).

Mednafen's autoconf script selects the evdev backend if it finds the file linux/joystick.h in the header search path. The FreeBSD port devel/evdev-proto installs that joystick.h header file. So, if you have evdev-proto installed (it's required by x11-toolkits/qt5-gui) and then compile emulators/mednafen it will use evdev and not SDL2 for its joystick support.

I worked around this by commenting out parts of src/drivers/Joystick.cpp (again around line 178) to force Mednafen to use SDL2 for joysticks. I should probably post on FreeBSD's bug tracker; could submit a patch too, it's simple enough.

This whole situation is definitely a corner case. The joystick backend selection in Mednafen could be better, but I'm also doing something a little unusual here.

Posting because this took me hours to figure out, and so I'll remember next time I encounter this problem. 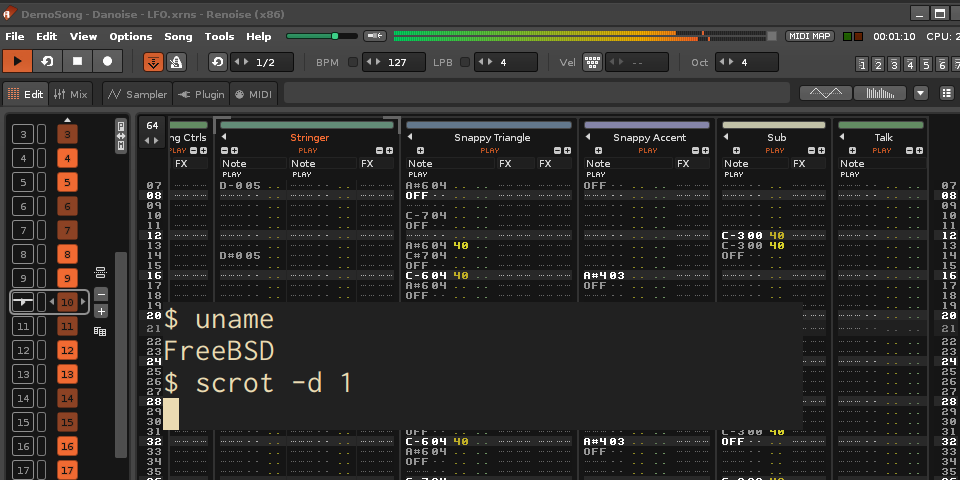 There's something wrong with the picture on the left.

Freebsd bktr(4), as configured by libavdevice/bktr.c, reads data coming off the card, fills a memory buffer, then signals libavdevice/bktr.c that a frame is complete. libavdevice is then supposed to copy the frame and process it, while bktr(4) reads new data.

It turns out that libavdevice doesn't wait for that signal before reading a frame. It sleeps for a period of time calculated from the video FPS; a signal from bktr(4) will interrupt this sleep. If no signal is received, meaning the video frame is taking longer to be delivered than expected, then libavdevice will complete the sleep and copy the video buffer anyway.

If you've ever tried to record video with ffmpeg's bktr device, this is what that "SLEPT NO signals" message means. It means that libavdevice/bktr.c bktr_getframe() called usleep() for the expected amount of time, didn't receive a signal, and proceeded to read a frame early.

This infuriated me for about a month and a half. After reading the bktr(4) driver and libavdevice/bktr.c about 50 times, I came to the conclusion above. I "fixed" it by altering bktr_getframe() in libavdevice to fully block until bktr(4) sends the frame-complete signal. Which should force a kind of hard frame synchronisation.

And that works for me to record interlaced NTSC video without broken frames.

To be clear: this is over my head. I'm not entirely sure my explanation above correctly describes what is going wrong. If I said I fully understood what's happening here I'd be lying. 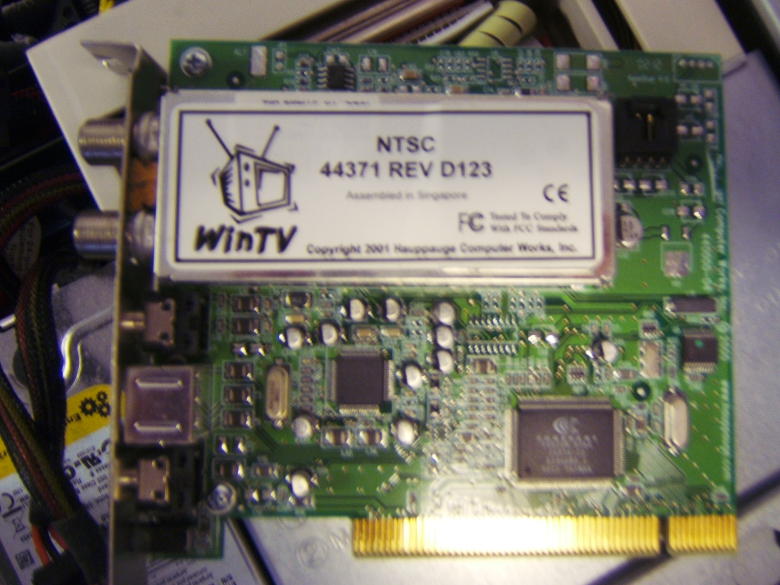