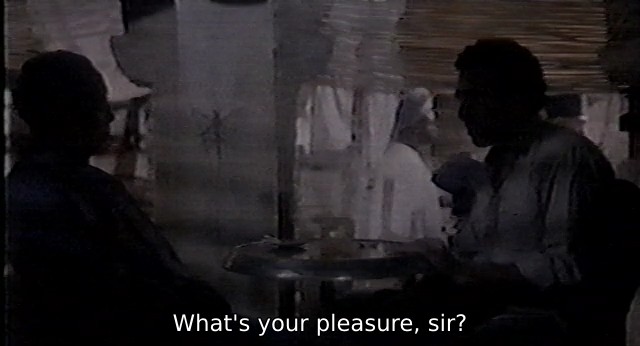 Hellraiser, 1987, VHS. Second generation, dubbed onto a "Hollywood Video" branded tape. Subtitles from opensubtitles. The VCR used for playback during the dubbing process left a little gift you can see below. Fortunately it only happens once during the movie. 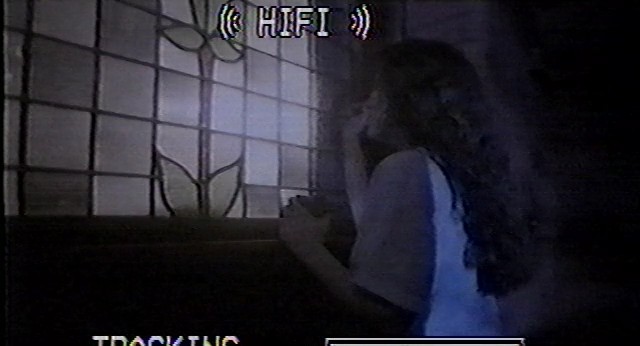