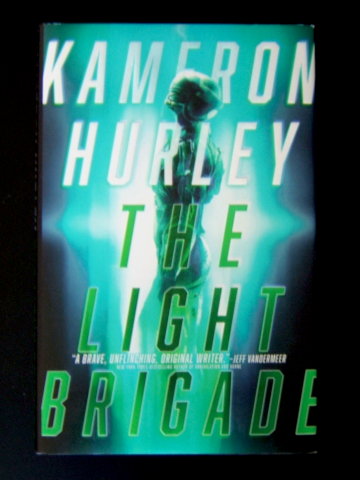 Military science fiction of the anti-war "war is hell" variety. Dietz enlists with Tene-Silvia corporate infantry to fight human colonists on Mars after their family goes missing in an attack on São Paulo. The military transports people over long distances by breaking them down into light; Dietz's combat drops do not go as expected.

There are clear references to Starship Troopers (both the book and I think Verhoeven's movie) and Haldeman's Forever War here. I didn't mind that, the references and any borrowed structure helped to ground the book while other aspects went completely sideways.

Dietz and the reader experience the war out of order and have to puzzle out what's really going on. It's confusing, but purposefully so, and never for too long. It's a pretty gnarly book, gory and mean. I found it to be a propulsive, blunt, and pretty direct read. Liked it quite a bit. Particularly liked the ending. I look forward to reading it again to see how it works with prior knowledge of the plot.

cpm.1 FastCaps[.df] at youtube.com. The latest (and sadly probably final) Quake 3 Defrag compilation video from power_of_heavy_metal. 15 minutes of fastcaps performed with cpm movement and fastcap 1 rules (so no weapons, teleports, or jumppads).

Content warning for flashing lights and first-person gameplay that might cause motion sickness. Same for all Quake videos.

power_of_heavy_metal has great taste in music and the selections for this video are no exception. I particularly like the second track, Io by Concealed Identity from their Nightingale Floor EP on Repertoire.

Linking this today because I found it recently and it's rad. I'll probably link the other power_of_heavy_metal compilation videos when I get around to rewatching them. 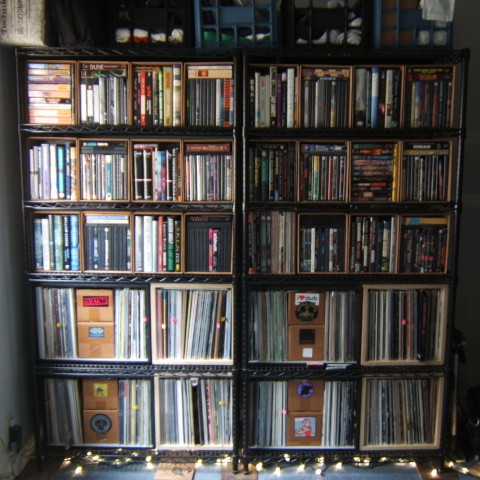 A blurry photo of my shelves. I'm moving to a nearby city in a few days and wanted to document their state before I box everything up.

I'm sure there's something to be said here about consumerism and embarrassing displays of conspicuous consumption but I haven't figured out what. 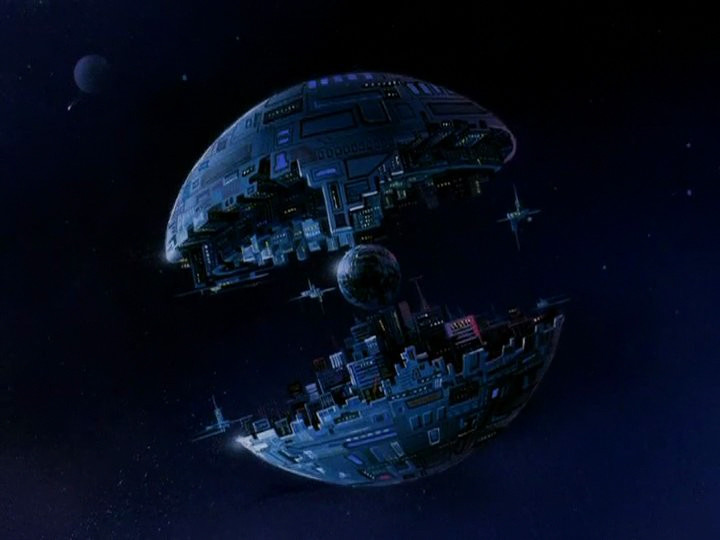 Edge Habitat mixed by dequalsrxt (AKA DRXT, AKA DJ Megaphysics). Released August 2021. Duration 61:09, 320 kbps 44.1khz mp3. Brilliant mix of Drum & Bass, IDM (?), and Jungle. Tracklist (with links to where you can purchase the music) is available at the soundcloud page.

dequalsrxt / DJ Megaphysics is my friend and partner in crime from way back. Together we hosted the Logical Aggression night at Ground Kontrol for nearly ten years. We have similar but slightly different tastes - we tend to go for the same records but where I might play the A side he might play the B.

Megaphysics puts a lot of time and effort into crafting his released mixes. He uploads one every year or two to his mixcloud and soundcloud pages and they're always sweet. Edge Habitat is no exception. An hour of Drum & Bass and Jungle, ranging from ambient and smooth to hype and noisy, all mixed pretty quickly (21 tracks in an hour!).

This is all a long way of saying: I think this mix is great, and if you like my taste in music I think you'll like his too. So I suggest you give it a listen. 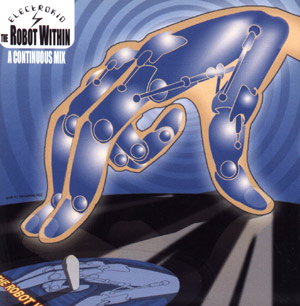 Electrokid's Robot Within. Released in 2002 (I think, that's the date on the file I have anyway). 62:52 in the truncated 256kbps version, 77:27 in the full-length 128kbps version. Nonstop propulsive breaks, electro, and IDM. 21 tracks all perfectly arranged.

This mix is a big part of why I'm here, why I'm a DJ. I found it in the early 2000s through a review Ishkur wrote on his old website. The mix completely floored me then; it still does now. Looking back I think I must have internalized a lot of the selection and decisions in Robot Within because I have - consciously or not - been trying to sound like it for a long time. I know it's the first place I heard Movement Through Thought, for one.

Robot Within holds up very well today and is still one of my favorite DJ mixes. I strongly recommend giving it a listen over at Electrokid's website. (And Ishkur's review has the tracklist).

Taking a moment today to link to the Discord & Rhyme album review podcast's two-and-a-half hour episode 50 which covers Countdown To Ecstasy and Aja by Steely Dan. Discord & Rhyme is always good, but this episode on Steely Dan in particular helped me understand a difficult band. (And it's been cheering me up a lot over the last year). Warning for profanity; maybe don't listen to this at work or around kids.

Important questions are answered during this podcast. Questions like: Is Steely Dan for dads? Is Aja "slick" or "smooth"? Did Steely Dan enjoy 2006 in film? And many more.