Dub & Reggae for a tired summer night. Right-click save-as here or on the spectrogram above to download the mix from aNONradio's archives.

This week I discovered that I own less dub than I thought. Which is why few albums are featured here.

I'll highlight two albums this week: Dub Syndicate's excellent Pounding System, and Linton Kwesi Johnson's LKJ In Dub. Pounding System has been a favorite of mine for years. Beautifully spacey stuff. LKJ In Dub is one I found recently, through the BBC Four documentary Reggae Britannia (parts of which can be found on youtube).

Time to space out.

'90s breakbeat and big beat this week. Right-click save-as here or on the spectrogram above to download the mix from aNONradio's archives.

This is, in many ways, a better version of the mixes I used to make when I was in high school. That Lionrock 12" is probably one of the first records I bought at a "real" record store - Platinum Records in downtown Portland, I think.

The stars here are the two Twitch Recordings releases - This Is A Shout Going Out by Central Fire and Loose Caboose by the Electroliners. Old west coast breakbeat classics that stand the test of time. The first Twitch Recordings release is good, too: The Trip by The Ultraviolet Catastrophe, which The Chemical Brothers used to play in their DJ mixes. Sadly I don't have that one, or it would've made it into this mix.

Listening to these records has made me want to go digging out in the city again. Hours spent flipping through dusty bins looking for old breakbeat and electro. Good times. 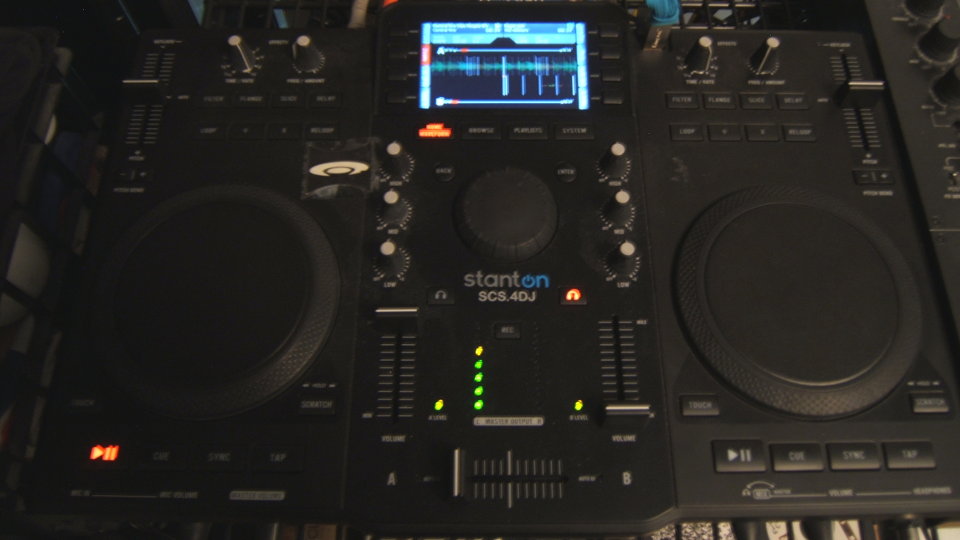 A lot of Egyptian Lover and Arabian Prince in this one.

Dynamik Bass System's Arabian Dreams deserves special mention. Awesome tune on an excellent record. Maybe a little out of place in this mix (German, and from '98), but on-theme I think. Link in this paragraph goes to the Robotmachine Bandcamp page, where you can check out the release.

And since I'm linking Bandcamp: His Egyptness has a Bandcamp page. Saving that for later, when I have space in my music budget.

Very '90s this week. Right-click save-as here or on the spectrogram above to download the mix from aNONradio's archives.

The two Cabaret Voltaire tracks deserve special mention. The albums that contain those tracks - Plasticity and The Conversation - are amazing. Particularly The Conversation. Many thanks to robot DJ 808 for introducing me to them.